Immigration to New Zealand for Work, Study or Investment 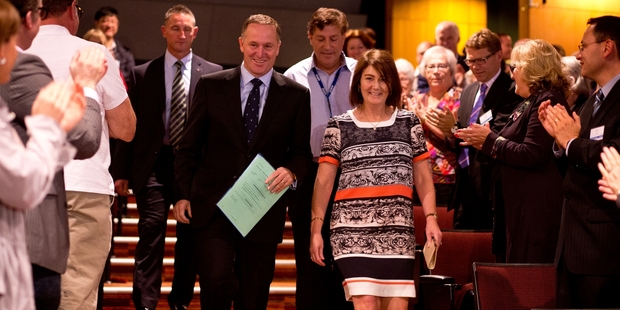 Prime Minister John Key laid out the welcome mat for foreigners yesterday and said it was a point of contrast between National and other parties.

“We don’t put up the fear factor you see from other political parties about the multicultural society that is emerging in New Zealand,” he told more than 300 delegates to National’s northern conference at Waipuna Hotel yesterday.

New Zealand’s future lay in selling things to the rest of the world and the future of the world was about being more connected, he said.

“Do any of us think we are really going to get rich selling things to four and a half million New Zealanders?” Mr Key said.

There was a larger than usual representation of Pacific Island delegates from South Auckland seats and Mr Key made special mention of it.

He referred to the imminent departure of former economic development spokesman Shane Jones from Labour – to take up a position as a Pacific fisheries ambassador for the Government.

“If you look at Labour, they have lost the only guy in their caucus who vaguely even cares about economic growth or prosperity or people getting ahead under their own steam.”

He said it was critical in the campaign to demonstrate contrast on offer by political parties and opposition by Labour and the Greens to jobs and growth. “You don’t need to take my word for it – take Shane Jones’ word for it, because that is exactly what he is saying, that there is no point being economic development minister in a Labour-Greens Government that doesn’t believe in economic development.”

Despite high polling for National, Mr Key said September’s election would not be easy to win. “There is absolutely no room in our party for complacency … we have to fight for every single one of those votes.”

Maurice Williamson did not attend the conference.

Sourced for you by The New Zealand Immigration Consultant. Media Source | NZ Herald 5 May 2014

Get in touch with us