Is New Zealand a dream destination for immigrants?

This article was sourced for you by our immigration consultants.

New Zealand is a dream migration destination for millions around the globe, and our population could rise by 134 per cent if everyone could choose to live where they wanted, a survey has found.

Gallup’s Potential Net Migration Index found people’s desire to migrate permanently to other countries had cooled to 13 per cent, but scores of people wanting to move to New Zealand are “still positive and high”.

The survey involved about 520,000 interviews in 154 countries, and the net migration index value is obtained by subtracting the number of people who would want to leave each country from the number who want to move there.

Despite a drop from the high of 184 per cent in surveys conducted between 2007 and 2009, New Zealand was still the fifth most popular destination, ahead of Singapore and Canada and just slightly behind Australia and Switzerland.

Professor Paul Spoonley, a Massey University sociologist, believed “cooling of the job market” in New Zealand over 2010 to 2012 – the period when the survey was conducted – was the reason for the decline in interest from potential migrants.

“The global financial crisis has seen a softening of people applying to come to New Zealand in real terms, and the slowdown in the job market over the period also affected the desire of people on wanting to move here,”he said.

“The big change in the last couple of years was the strength in the Australian labour market and the weakening of the job market in New Zealand, which could explain why Australia became a more popular choice.”

In previous surveys, New Zealand was by far a more desired destination, scoring 184 points in 2009 against Australia’s 148.

About 630 million people or 13 per cent of the world’s adults wish they lived somewhere other than their home country.

But Professor Spoonley said New Zealand’s limited infrastructure would make it “near impossible” to support a population of 10 million.

Saudi Arabia, at 218 per cent, and Kuwait, on 198 per cent, were the top two most desired destinations for would-be migrants.

The Abu Dhabi Gallup Centre, which conducted a study on potential migrants to high-income countries, said more were becoming aware of Saudi Arabia as a possible destination “to seek economic opportunities and employment”.

About 53 per cent of those who would like to move to the Gulf nation are from Asia, 24 per cent from sub-Saharan Africa and 23 per cent from the Middle East and North Africa.

Europeans were less than 1 per cent of all potential migrants to Saudi Arabia, the centre found.

In absolute number terms, the United States was the most desired destination, with about 138 million stating they would like to move to America. Nearly 19 million from China, 13 million from Nigeria and 10 million from India wanted to live in the US permanently.

“The US remains the most popular … This is likely because of economic opportunities in the country and the established networks of potential migrants,” said the report. Participants in the survey were asked: “Ideally, if you had the opportunity, would you like to move permanently to another country, or would you prefer to continue living in this country?”, and “to which country would you like to move?”

The United Kingdom, Canada and France also ranked among the top choices.

The index showed the population would still grow in Europe, the Americas, North Africa and the Middle East, but populations in Asia and sub-Saharan Africa would shrink if everyone who wanted to move did.

In Europe, countries hard hit in the Eurozone crisis such as Spain, Italy, Portugal and Greece, had large declines with Greece slipping from 11 per cent to negative 8 per cent.

In the Middle East, Syria’s score increased from -17 per cent to -27 per cent “no doubt because of the increase in the percentage desiring to leave the war-torn country if they could and fewer adults desiring to relocate there amid a civil war”. 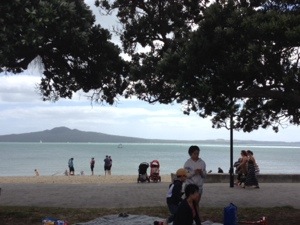