Even more heat could go into the hot housing market, with annual net migration tipped to climb towards 20,000 a year soon, reaching 24,000 by the mid-2014.

In the year to July 10, 600 more people arrived in New Zealand than left, according to Statistics NZ figures out yesterday.

That is about the long-run average for net migration, which economists said the building industry could typically cope with, without house prices rising much more than 5 per cent a year.

But in the early 2000s boom, annual net migration peaked at about 40,000 a year, and house prices rocketed more than 20 per cent a year.

The effect on house prices from the latest potential mini-boom in migration was likely to overwhelm what might be only a “modest” impact from the Reserve Bank’s decision on Tuesday to restrict high loan-to-value home lending, economists said yesterday.

But while some may blame newly arrived foreigners for pushing up home prices in places like Auckland, past studies suggest the finger of blame is more correctly pointed at wealthy New Zealanders returning from overseas.

The flow of non-Kiwi immigrants is relatively steady and they tended to be people “starting out”, making a new life in New Zealand, so had little to put into buying a house.

In contrast, the numbers of Kiwis leaving the country or coming home jump around sharply.

And New Zealanders returning from well-paid jobs in the mines of West Australia or banks in London often have a large nest egg to put into buying a new home, adding to the pressure on rising house prices, a Wellington economist said.

House prices are also not a one-way bet – they initially fell 15 per cent after adjusting for inflation after the global financial crisis hit, and in the 1980s and 1990s slumped badly in some regions like Southland.

The exodus of people to Australia continues to drop, as their economy slows down, while prospects in New Zealand look brighter.

Westpac expected the annual net migration gain could easily head towards 20,000 by the end of the year.

ASB Bank tipped a peak of 24,000 by the middle of next year, reflecting the diverging economic pictures between Australia and New Zealand.

“It adds further housing demand at a time when supply is very low,” ASB said. Those factors driving house prices meant the Reserve Bank’s latest restriction on low-deposit home loans would have little impact, and the central bank would start to lift interest rates from March.

Infometrics senior economist Matt Nolan said he expected annual net migration to rise above 15,000 and it could go close to 20,000 a year. 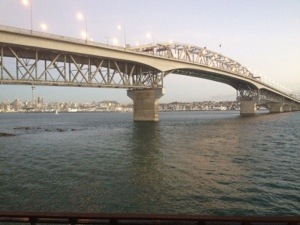